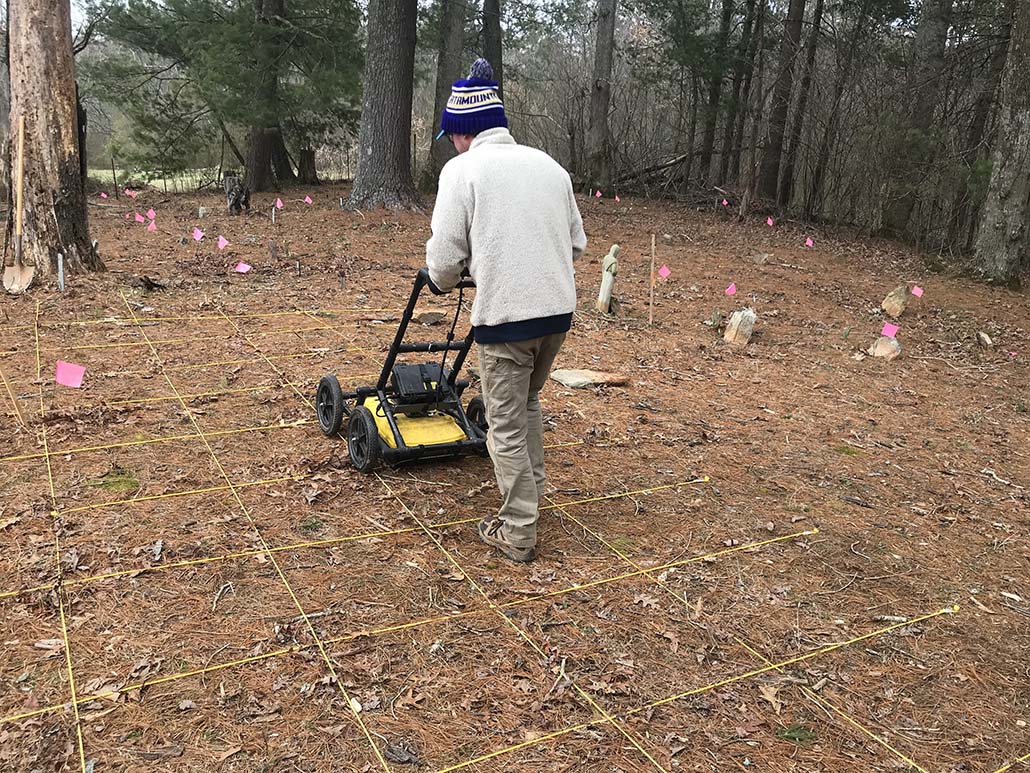 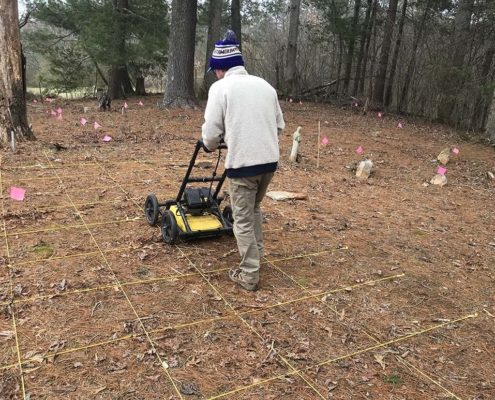 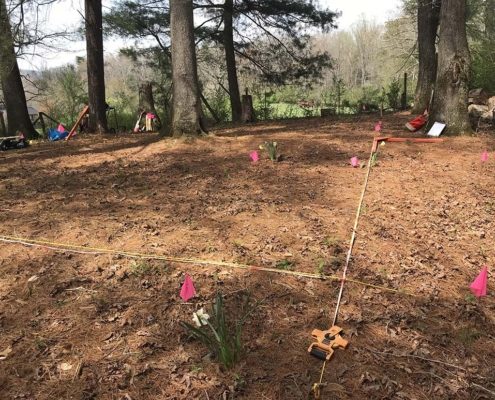 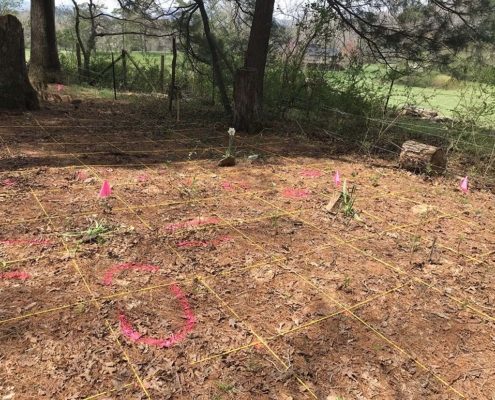 The site is on private property in Fairview, NC.  It has been referred to in the past, by local press as, “Pioneer Cemetery” and “Ashworth Cemetery”.  The Ashworth family is considered one to the first families to settle in Fairview around the 1790s.  Much of the information provided to Target Locating was offered by local residents.  Some suggest this site is the location of buried slaves, potentially Civil War soldiers and perhaps even Ashworth settlers/descendants.  The majority of suspected graves are marked by simple field stones (headstones/footstones).

Target Locating entered into an agreement with the landowner to provide GPR Scanning as an act of community involvement and to provide cultural enrichment by determining the nature and extent of burials at the site.

Target Locating has completed the first phase of 3-D GPR data collection at the site.  We were able to engage a regional land surveyor and gained highly accurate coordinates from their survey.  The survey coordinates will allow Target to effectively map the burials in 3-D.  Data analysis and interpretation are expected to be completed in the Summer of 2020, and we hope to have data deliverables available by the end of the year.